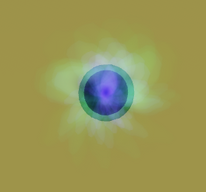 It is a round shaped orb with some cloudy mist around the orb itself, may look like a tadpole's egg itself It is used on Star platinum Requiem to Get Ender Star Platinum Requiem

It Can Also Be Used On King Crimson For Ender Crimson

The Ender Pearl itself is originated from a popular video game franchise called Minecraft, its functions were different compared to the one that is in A Modded Adventure

Community content is available under CC-BY-SA unless otherwise noted.
Advertisement