The Arrow is an item that will give you a random stand, there will be 15 stands in total that can be obtainable from arrow. You will have Arrow when you first played AMA ( A Modded Adventure ) and it will still be in your hotbar despite rejoining the game, reseting your avatar or getting killed by an opponent

There are mainly different types of arrow you can get in AMA ( A Modded Adventure ).

Stands you can get from Arrow

Rarities of each stand in arrow

Rarities on each stand that can be obtainable from arrow

The arrow has the same design as a normal arrow, but it is white on the outside layer while the inside layer is in yellow. It also have a brown body and have a few white feathery liked tips

( This page is an improvised version of HRufxen's previous edit ) 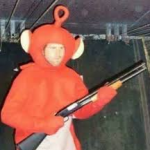